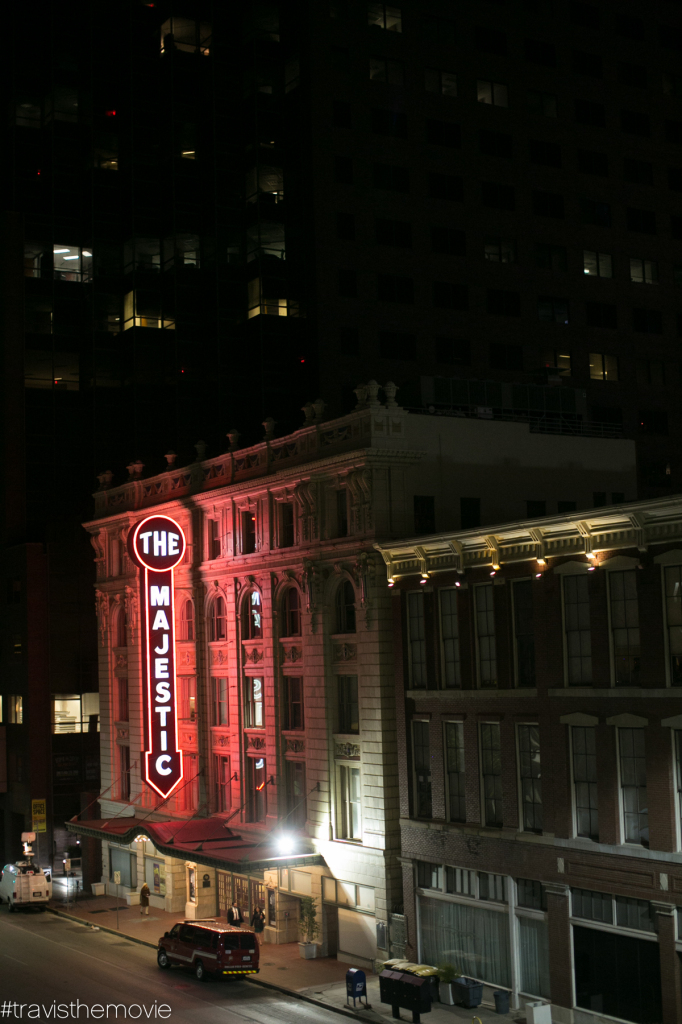 Last Tuesday night, Dallas-area supporters came together to celebrate veterans, gold star families, first responders, and freedom at the largest and final red carpet screening of Travis: A Soldier’s Story!  We are immensely grateful to our sponsors who made it possible to bring this film one last time to the red carpet.

This journey began with the film’s debut in Dallas in August 2013 as a Fotolanthropy film, with the intention of celebrating and telling the inspiring true story of SSG Travis Mills at the Angelika Theater one time.  However, the excitement swept across the country and took the film team on a 35-city tour across the United States, sharing Travis’s message to “Never Give Up, Never Quit.”

Veterans Day 2014 marked the premier of the Director’s Cut version of Travis: A Soldier’s Story, which incorporated interviews from Travis’s parents and his high school football coach.  The host committee worked diligently to make this a celebration and a memorable evening for all involved.  It was most definitely a night to remember!

The evening began with the red carpet entrance of Travis, Kelsey and Chloe being escorted by Dallas Police and Fire-Rescue to the historical Majestic Theatre.  The Patriot Guard and armed services welcomed this hero and the patrons to the event on the red carpet. 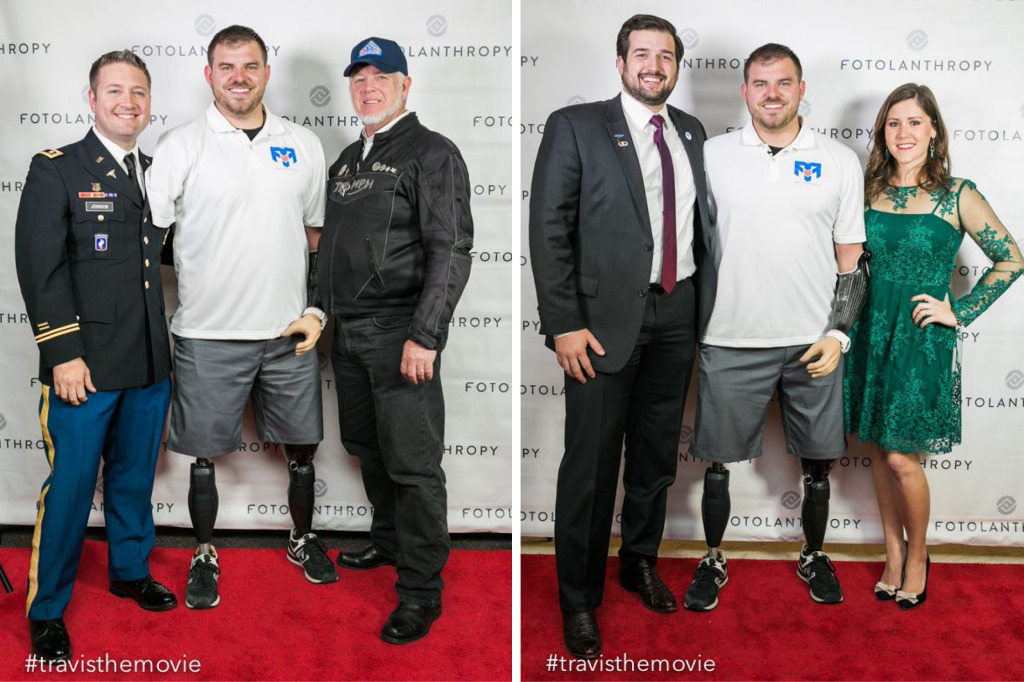 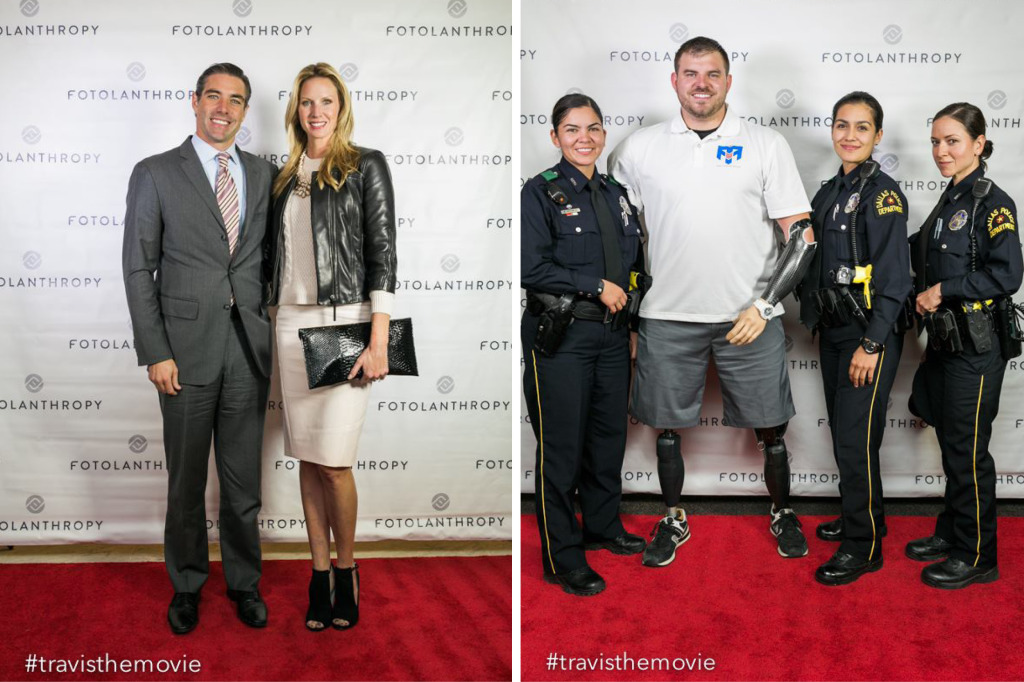 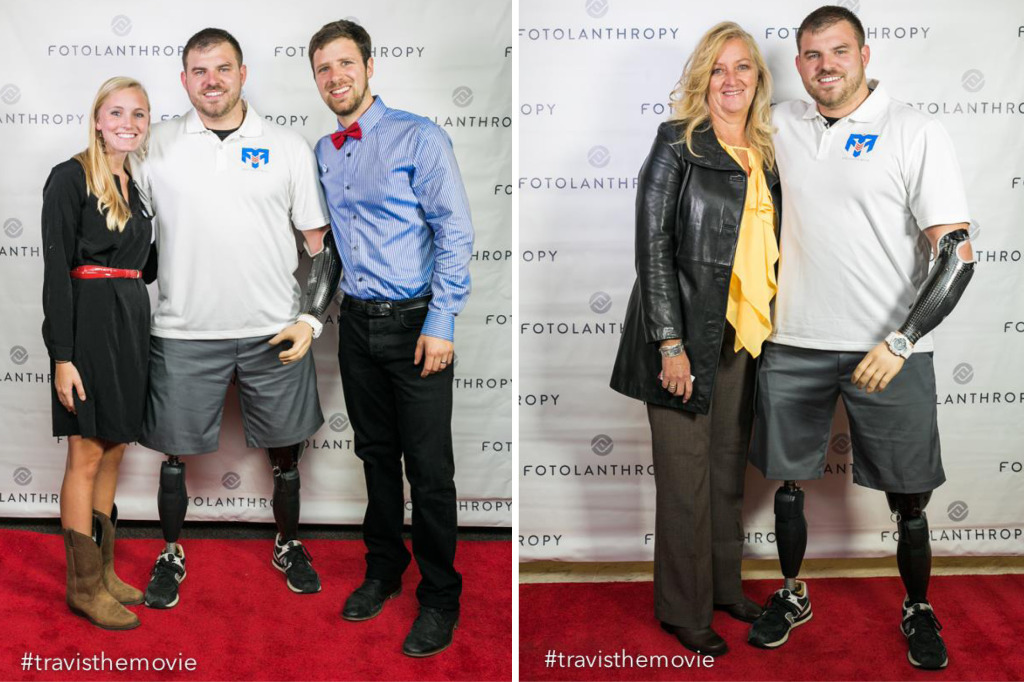 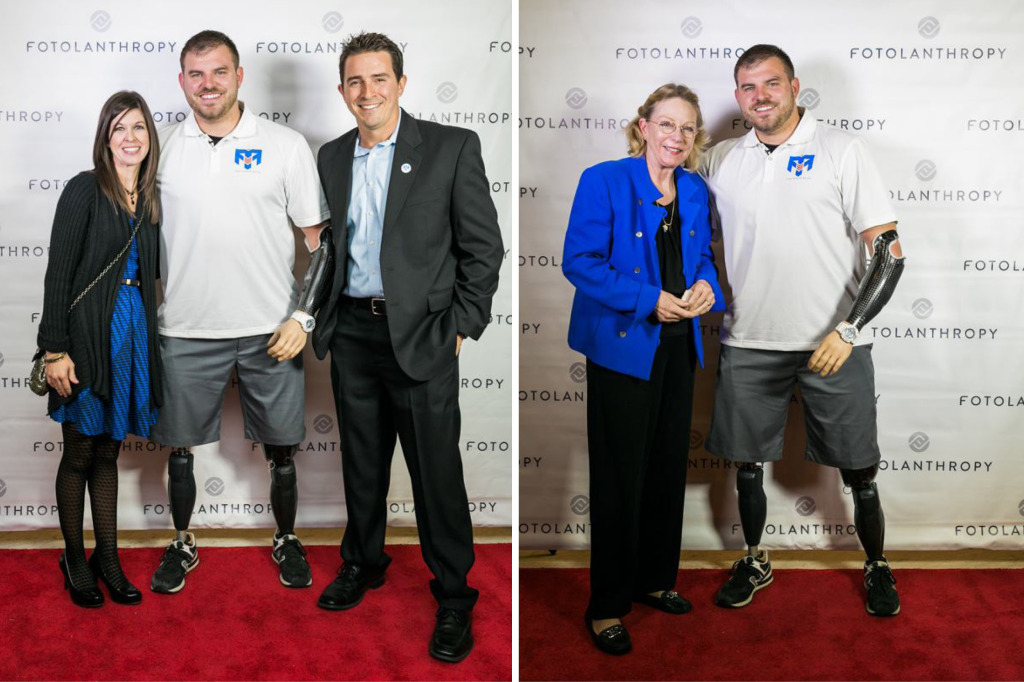 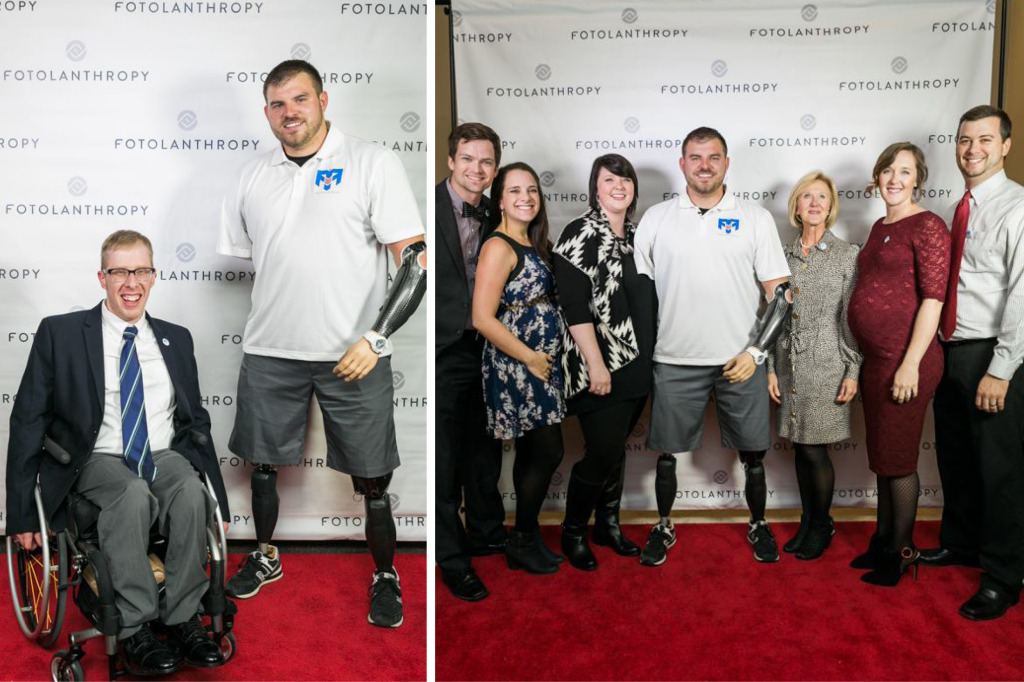 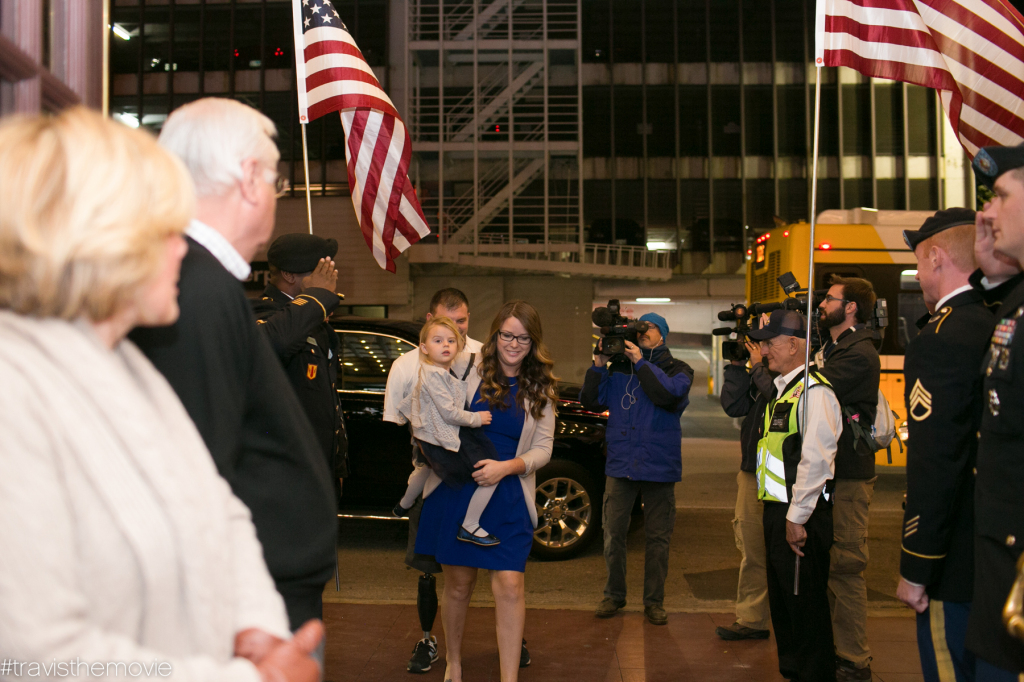 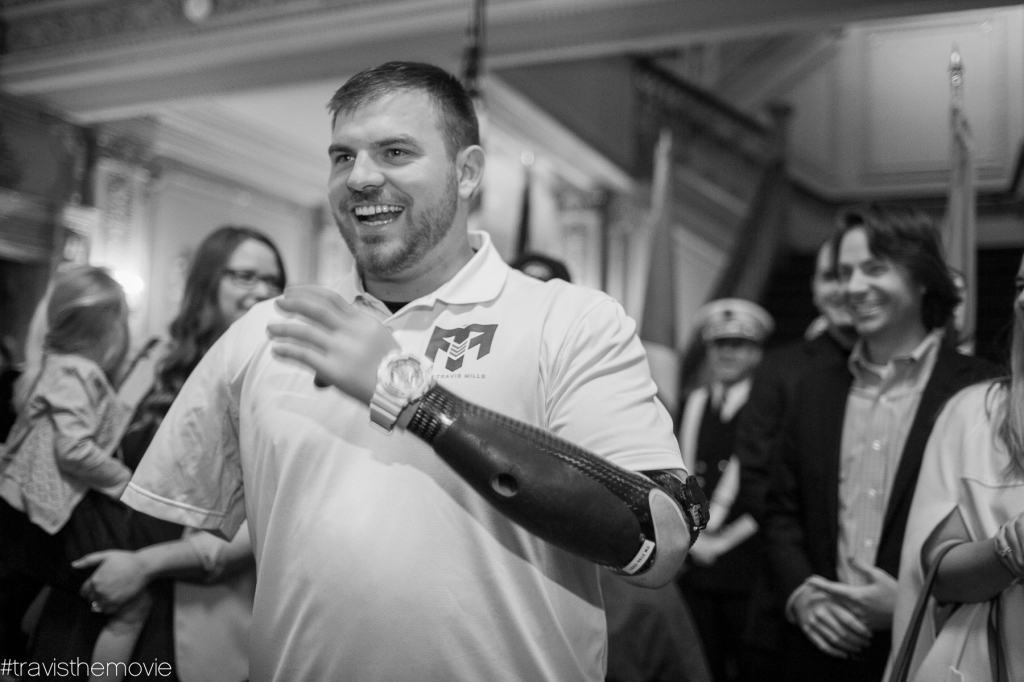 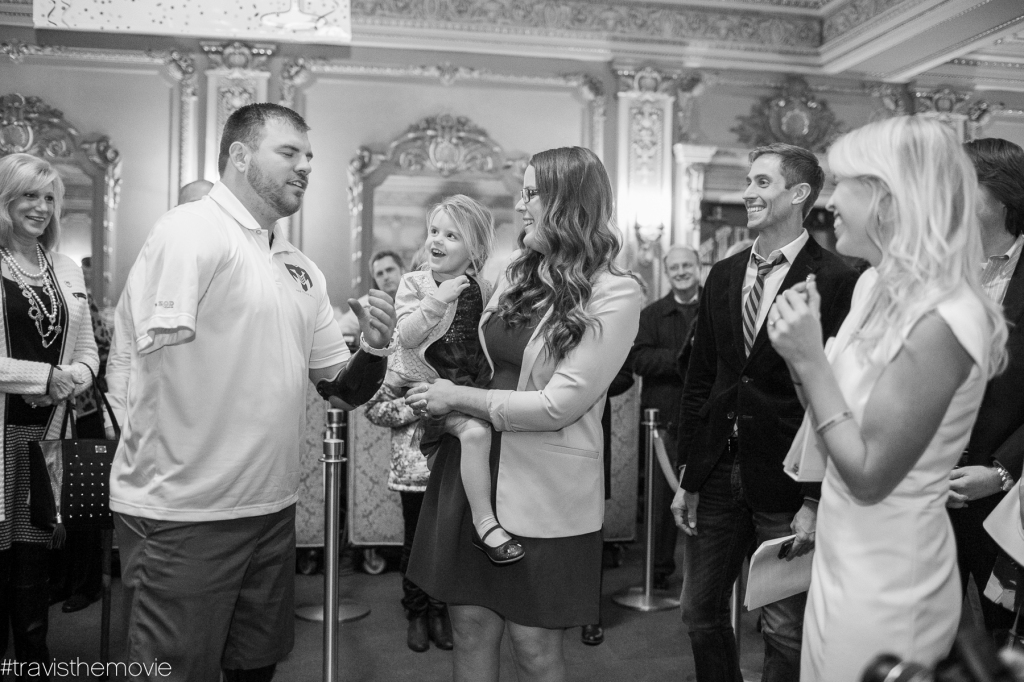 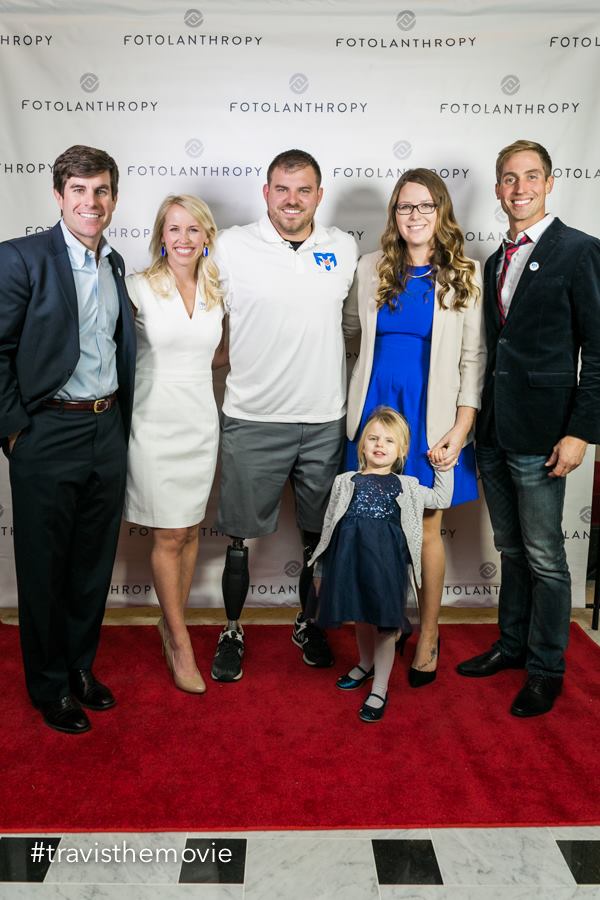 Once inside, the theater filled with a buzz of excitement and the talented sister-duo, Uptown Violins, played onstage as attendees found their seats.  Emcee Richard Ray of Fox 4 DFW presided over the evening in his red bow tie and tuxedo, welcoming everyone to the evening.  Neil Tomba, pastor of Northwest Bible Church gave an invocation to set the tone for the evening, followed by a tribute from Debbie Lee, a voice and face to Gold Star families, those who have lost loved ones while serving our country.  The patriotic musical salute was led by Singer/Songwriter Tim Halperin with the National Anthem, in conjunction with the  Coppell High School choir.

The choir’s final song was the Armed Forces Medley, where each branch of the military was recognized with its own color guard marching down front.  The audience was  encouraged to participate and during each branch’s song, members of that branch of service stood.  An excited and patriotic tone was set for the evening. 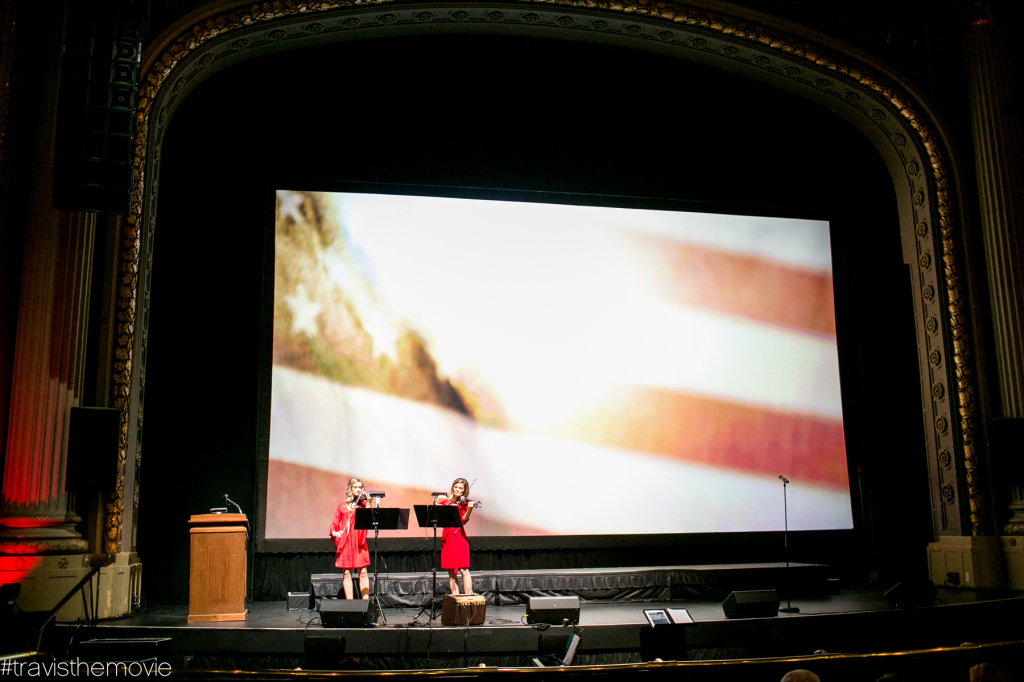 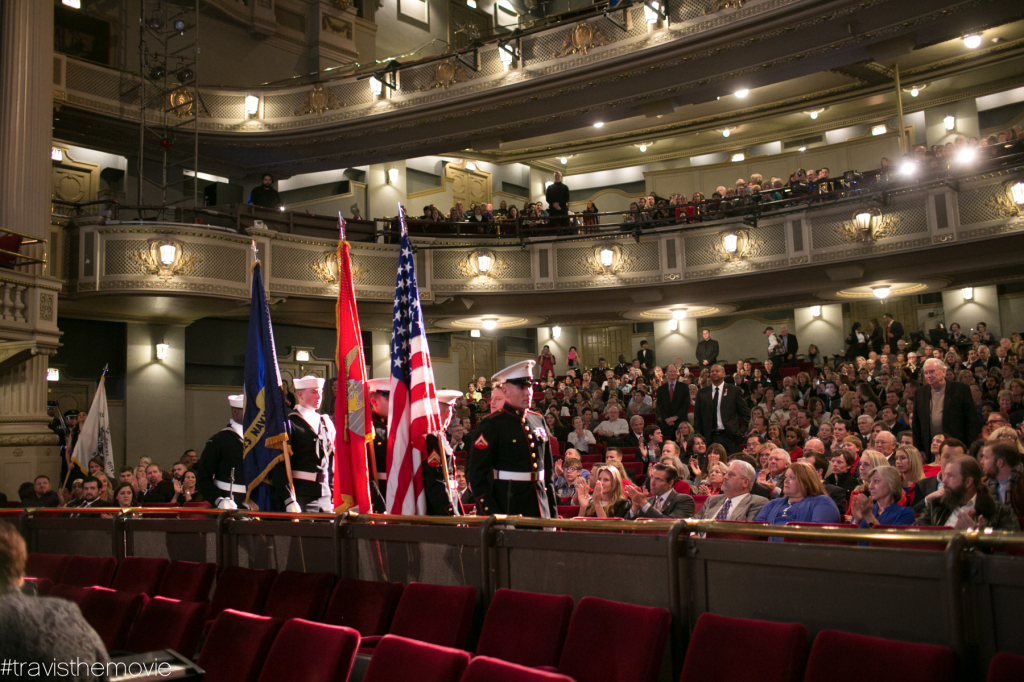 Travis: A Soldier’s Story is a film produced by the non-profit Fotolanthropy, the founder and chief film maker took the opportunity to recognize families in the Dallas area who had shared their stories the past three years.  This was the first time Fotolanthropy has ever been able to gather all the families together for a celebration, and it was a memorable moment! 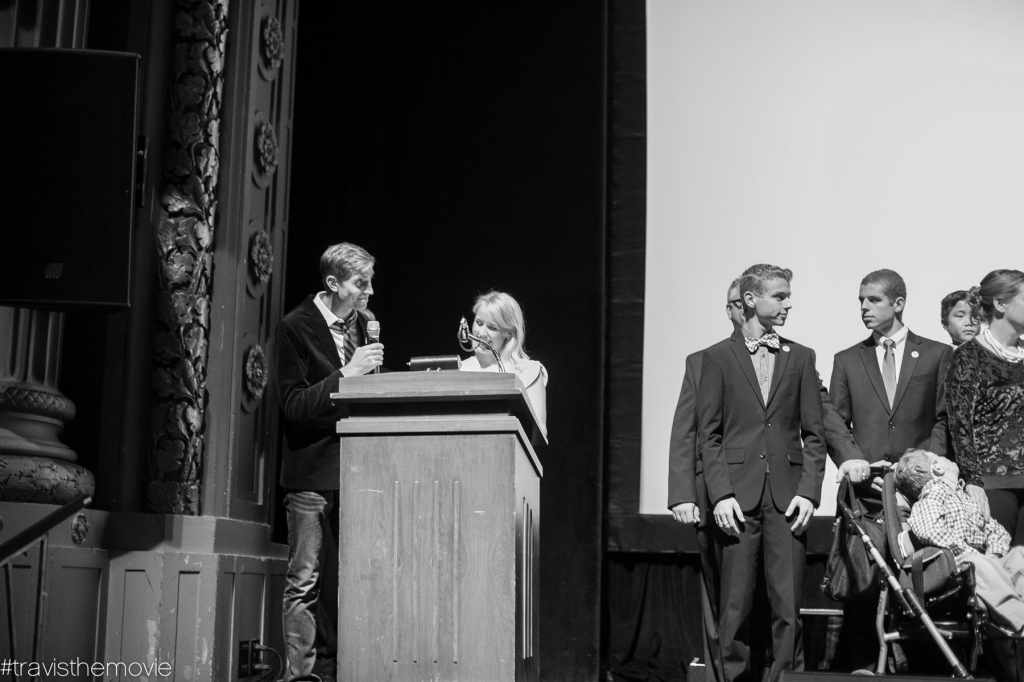 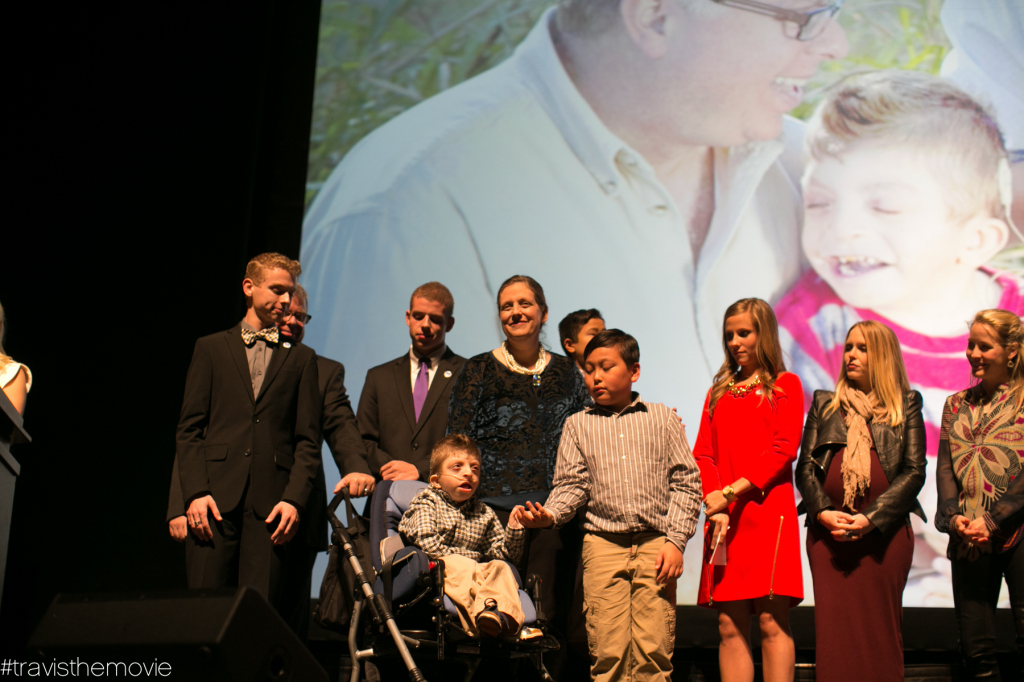 The last portion of the evening was the screening of Travis: A Soldier’s Story.  The crowd was engaged–laughing and crying at all the emotions that played out in the telling of Travis’s story.

After the film, the crowd of 900 people got to their feet for one last standing ovation, welcoming Travis to the stage.  It was an incredible celebration and culmination of this two year journey.  After Travis thanked his wife Kelsey, Film Maker Jon Link and Producers Katie and Reece Norris on stage, Richard Ray came out to ask a few of the most popular Q & A questions Travis receives.  If you have experienced Travis, you will know that he had the audience laughing! 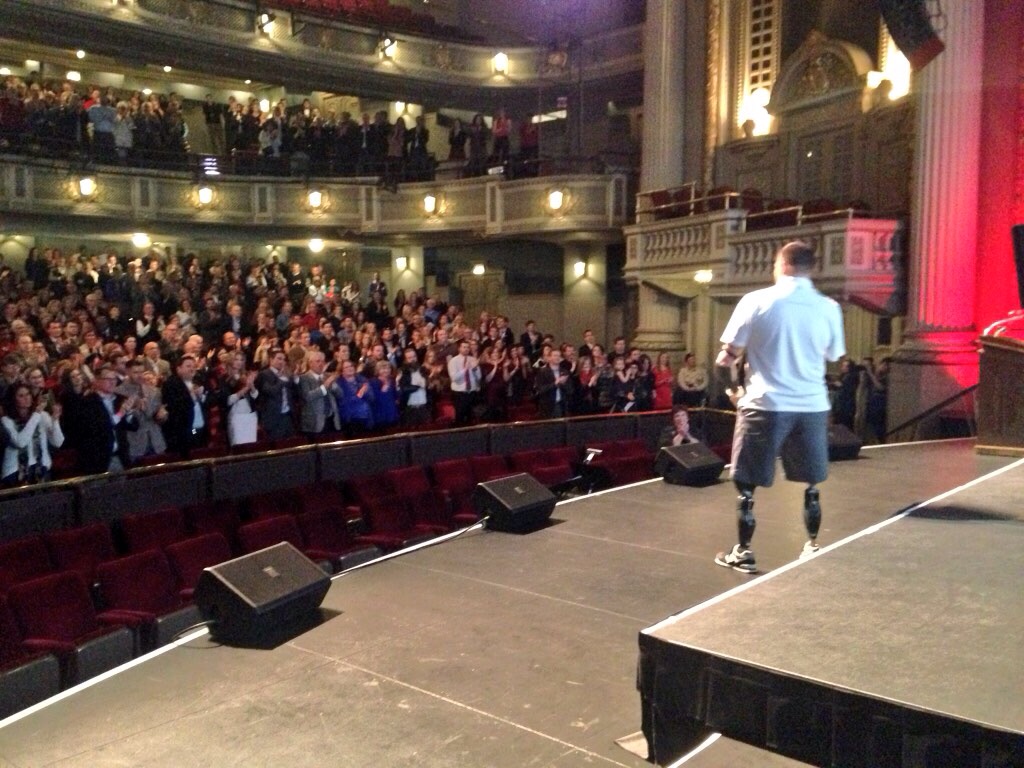 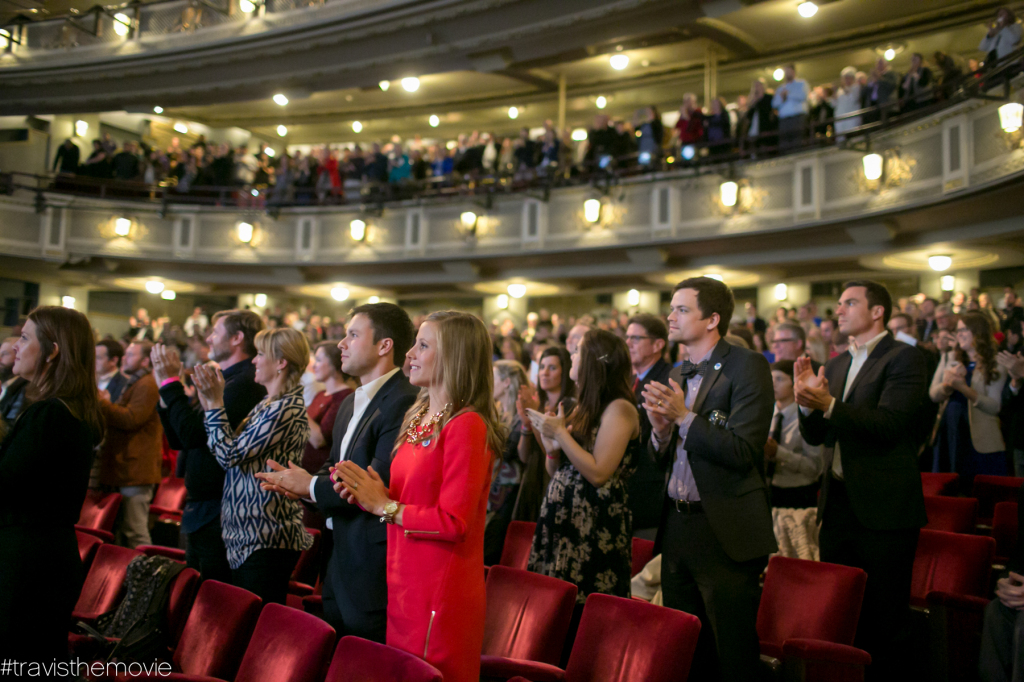 The evening finished with the exciting announcement that Travis: A Soldier’s Story is now available on DVD and Blu-Ray, just in time for the holiday season! Thank you again, to our incredible supportive sponsors, host committee, honorary chairs and the wonderful friends in Dallas for making this such a memorable evening!  Share your experience by using #travisthemovie on social media! « What to Expect at the Final Red Carpet Screening of Travis: A Soldier’s Story
Dallas Veterans Day Highlight Video »