Travis’s motto is “Never Give Up.  Never Quit,” and today we are highlighting another military hero who has also lived with tenacity and a determined spirit in the face of adversity. 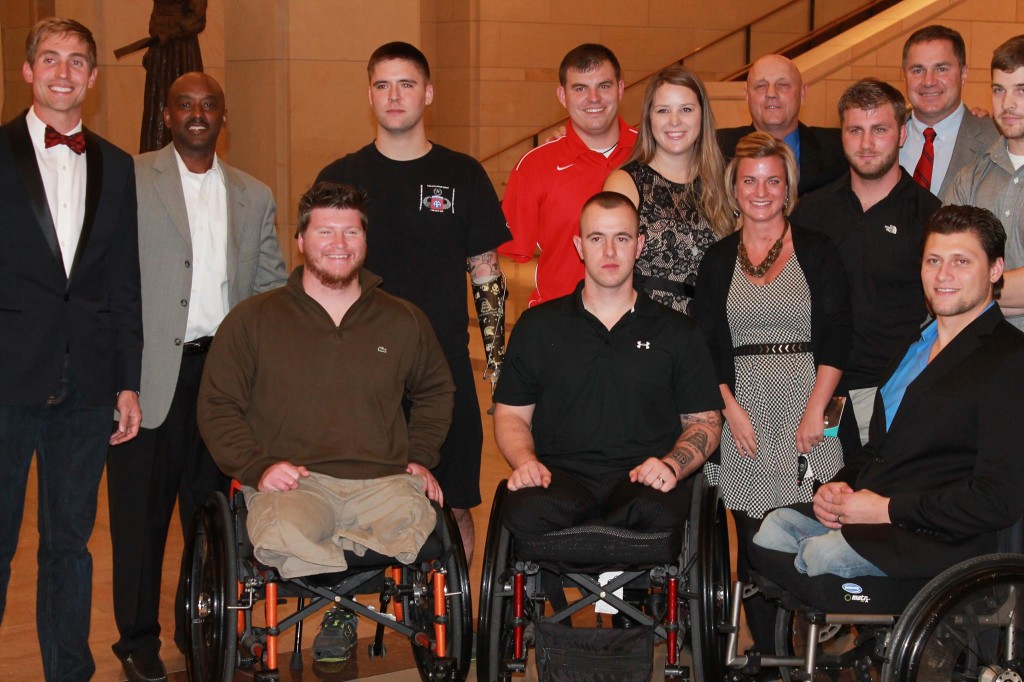 Marc’s Background  SFC (E-7) Marc A. Owens, originally from Albion, Michigan, joined the Military right out of High School in 1985. After an eight year break, he went back in 1997 to complete his service.  Marc trained with The United States Army Parachute Team from 2002-2009, nicknamed “The Golden Knights,”  which is the U.S. Army’s official aerial demonstration team.  The Team travels around the United States, performing parachute demonstrations at air shows, major league football and baseball games, and special events, connecting the Army with the American people.  (Golden Knight Source)

The Defining Moment  On September 27, 2012 Marc had a horrific skydiving accident, during an All Veteran’s Group parachute jump, where he was the free-fall photographer for the team.  He lost a portion of both legs, had an open book pelvis fracture, a ruptured aorta, severe TBI and many other internal injuries. Marc spent nearly 19 months in a hospital environment with most of his 16-month recovery time at Walter Reed Hospital.

Special thank you to Marc for allowing us to interview him about his life-changing experience and what’s next for him.  Below is the interview:

How was your experience at Walter Reed?  My experience at Walter Reed was a favorable one.   The doctors, nurses and staff did an outstanding job with putting me back together and getting me back on my feet.  I owe them the deepest amount of gratitude.  It reinforced in my mind that the military has some of the most amazing medical staff in the world.  Thank you so much!”

What was your motivation each day?  Plain and simple, my motivation was to walk again- -period!” Marc said, “I knew that it was going to be a difficult task and at times one of the hardest thing I was ever going to achieve.  I tried to outdo myself each and day, and as each month went by…I was winning this battle.  An old military saying…You win the war by winning the small battles first.

What’s Next?  Marc is currently awaiting his retirement date, September 25, 2014, to exit the Military with 25 years of service. Marc says, “With my retirement date just a few months away, I will probably take some time off and enjoy this transition period.”  He will also be returning to school to finish his degree in Health Care Administration, with admiration to work and assist Veterans. 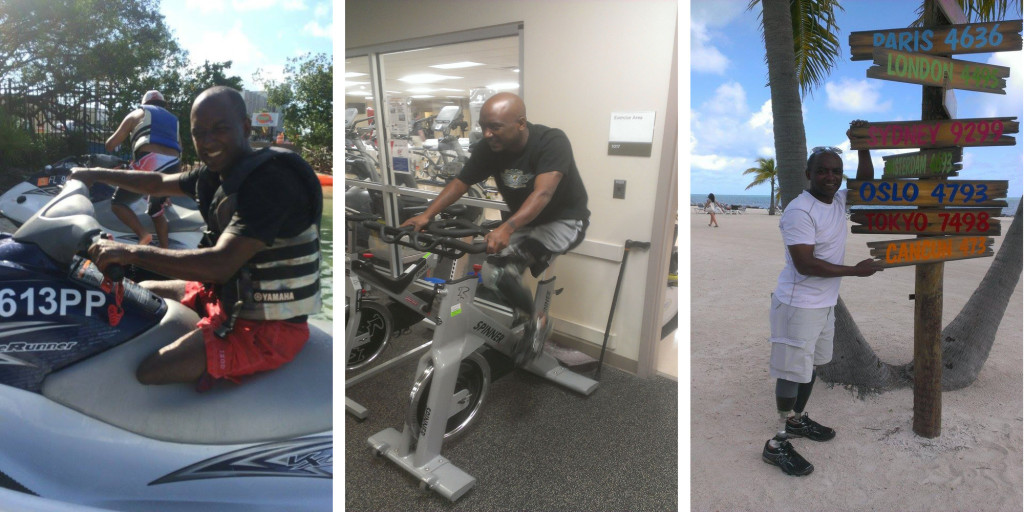 What are some words of encouragement you have for those facing adversity?  My advice would be…to. Life is what you make it!  So go out and make Life Happen!

What has this experience taught you about overcoming obstacles?  This experience has taught me that life is worth living.  You have to be willing to overcome anything that is placed in front of you and face it head on.   You gain strength, courage, and confidence from every experience in which you stop to look fear in the face.  You can’t change it, so the soon you accept the fact the quicker you can move on with your life.

Despite his life-changing injuries, Marc has not stopped living life to the fullest.  Thank you, Marc, for your service and for your inspiration! 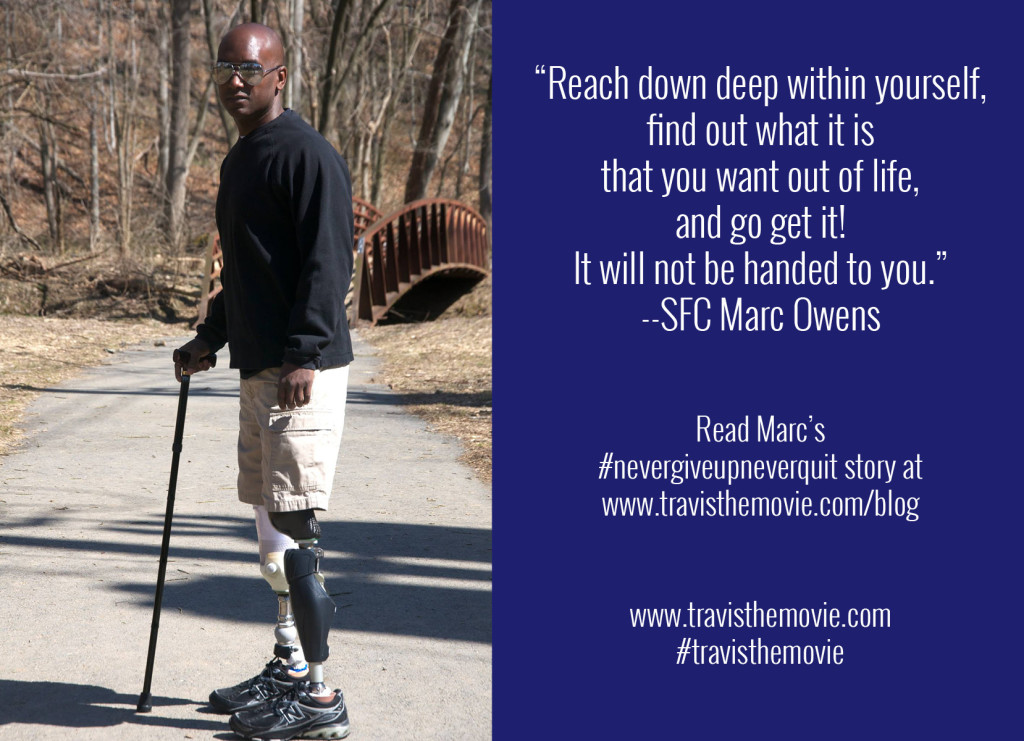