Today we’re featuring MSG Cedric King, who also exemplifies Travis’s motto, “Never Give Up, Never Quit.”  When asked to tell us about his injuries, Cedric said, “Travis and I, we’re the same person, just with different injuries.  Our stories intertwine and parallel.”

The Backstory and Defining Moment  Travis and Cedric were in Afghanistan the same summer of 2012, where Cedric was a Platoon Sergeant at the time.  He was just two or three towns over from Travis, but they had not met yet.  They were both occupying similar sectors in a very bad part of Afghanistan.  As usual, Cedric received the coordinates of where to go, just like every day, setting out 10-15 minutes later and getting fired upon, which was nothing new.  The only thing different on that particular day was that this was a new sector.  On July 25, Cedric’s team happened to be covering for another platoon.  They were bringing a group of guys to cover when Cedric’s right food stepped on an IED.  He didn’t know what had happened.  In fact, he thought at first that he had just been blown back by the blast.  The men around him were hurt too, but Cedric received the majority of the injuries, although at the time, he didn’t realize it.  He said, “I was really upset that I didn’t get a chance to finish getting the guys who were shooting at us,” but he said that wore off soon and started gasping for air.  He looked at his body and quickly realized that it was mangled.  Soon, the helicopter arrived to take Cedric and the other injured men to the closest base, Kandahar.  Cedric said that once at the army base, he had no recollection of anything until he woke up a week later on August 1 at Walter Reed, two years ago this month. 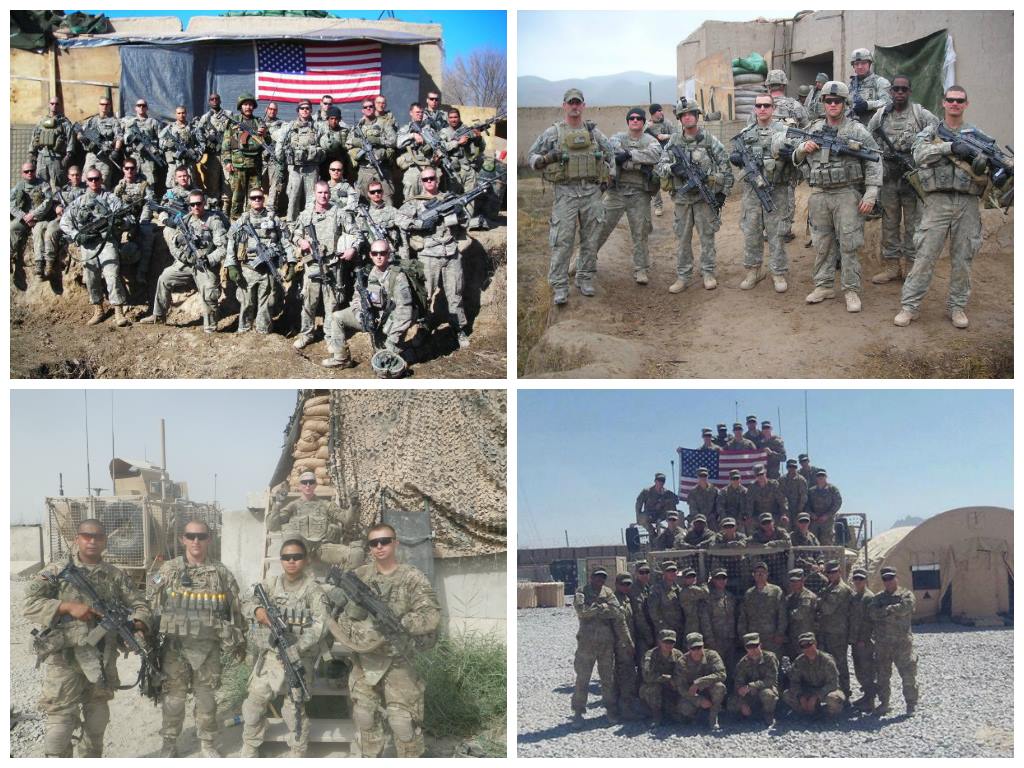 How was your experience at Walter Reed?  Cedric said, “Everything at Walter Reed is done in such a way that you don’t want for anything.  It’s a great thing, if you put it in perspective.  Everybody there is just catering to you, which is great.  But if you’re not careful, if you don’t have your own trajectory already plotted out,  you’ll end up falling prey to your own selfish thinking.  You’ll begin to follow the past of least resistance.  Everything is there to make sure you’re not lifting a finger.  But always push the limit.”
What motivated you to get where you are today?  “Family and faith are the only things that get me through right now.  These two elements helped me when I didn’t want to get up.  Faith helps me believe in a brighter future.  Faith keeps me going—this didn’t happen for nothing.  I believe in a higher power who loves me enough to say, ‘I’m not doing this to hurt you, I’m doing this to help you.'”  His family, which includes his wife and children, is there for him constantly.  Cedric says, “There are people around me who love me, not because I had legs, not because I was strong, not because I could pick up my kids.  They love me for the part of me that you can’t see.  They love me for what’s on the inside.  That’s the part of you they can’t smell, they can’t see.” 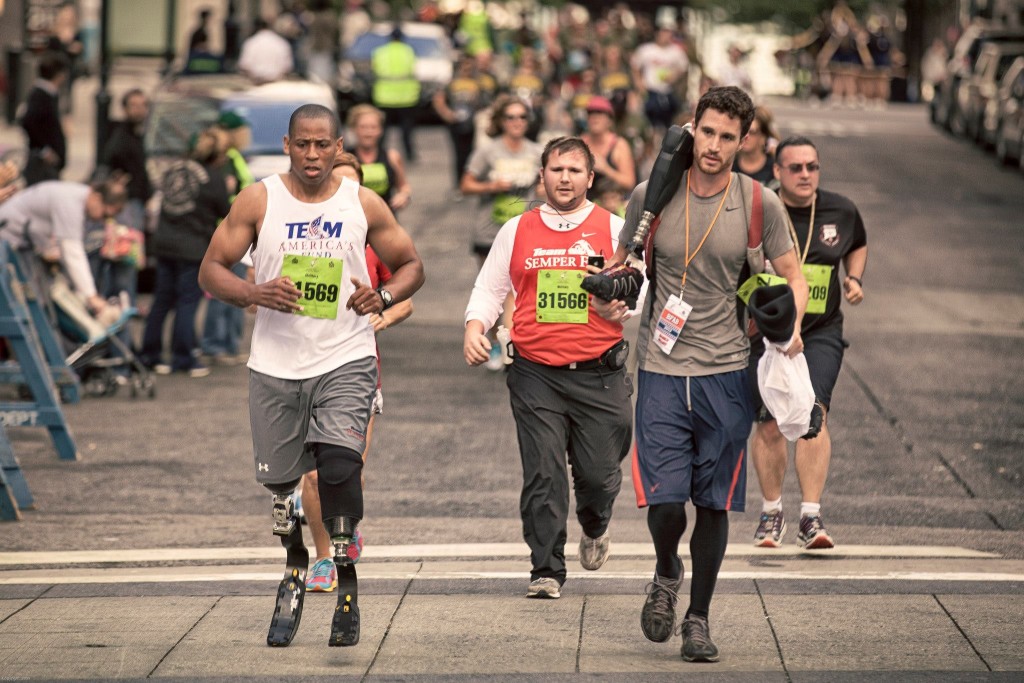 What inspires you?  My entire quest is to live life the way that I did before or better, as if this didn’t happen.
“Right now, I’m cleaning out my garage.  I’ve got every excuse to say ‘Its too much,’ but I won’t.  I swim like I did before, just a bit slower.  I swam across Lake Gaston on Saturday.  I do five to six mile runs, Iron Man Competitions, whatever, as if nothing had happened.  I take my daughters to the park.  To me, it’s not awe-inspiring like it is to everyone else.  To me, it’s a frame of mind that separates me between now and who I used to be.  The injury is big in other people’s eyes.  To me, it’s not that big of a deal (any more). It’s a shift in consciousness.  The reason why this happened was to make me better…to make me stronger…to expose my best part in me.  By not complaining, it makes it better.” 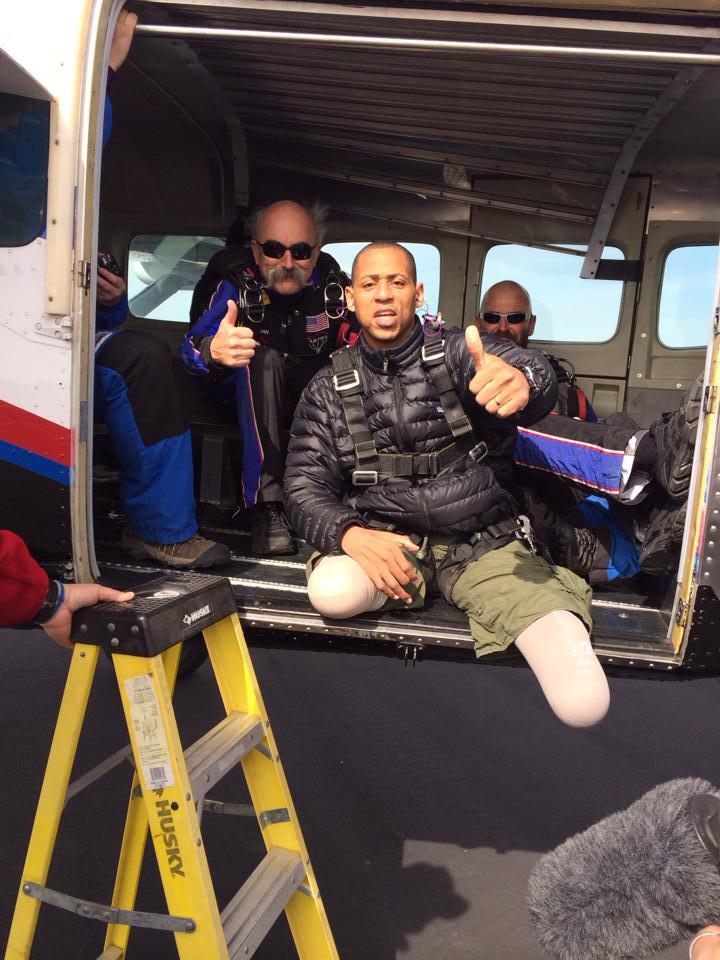 Cedric’s Next Goals  Next year, Cedric will retire and leave Walter Reed.  He is in the process of writing a book and is working to seek funding for it.  Cedric has started a foundation and is in the process of getting 501(c)3 approval.  He’s making plans to fundraise by running from Walter Reed to Charlotte, North Carolina.  This 400 mile journey will take about two months, with Cedric running five to seven miles a day, with an RV following him along the way.

The King family is also looking for ways to fund a home that is adapted to his new needs.  On top of all this, Cedric is finishing up his bachelors degree in business management, and is making plans to apply for an MBA program after graduation.
Make an impact today!
Cedric speaks to a wide range of audiences about his story.  He wants to share his experience in hopes that it will inspire others to take their next leap of faith.
To book Cedric King, email cedric.king@gmail.com
Visit www.kingsnewlegs.com for more information.
Follow Cedric on Social Media:
Twitter: www.twitter.com/cedricking10
Facebook: www.facebook.com/cedric.king.336