Supporters! We are thankful to each of you that have given to Travis: A Soldier’s Story! Because of YOU we are going to be make this inspiring documentary film. We wanted to also thank our new backers that have graciously given to our fund to help it to exceed the amount. We are thankful for each and every dollar and it will only help us to make this film better!

We wanted to share with you some exciting press that we have received for Travis: A Soldier’s Story and Fotolanthropy.

Click below, to see Founder and Producer of Fotolanthropy, Katie Norris on Fox News – Happening Now Live and Fox Business!

Travis Mills on WNEM Live and Chattin in Manhattan 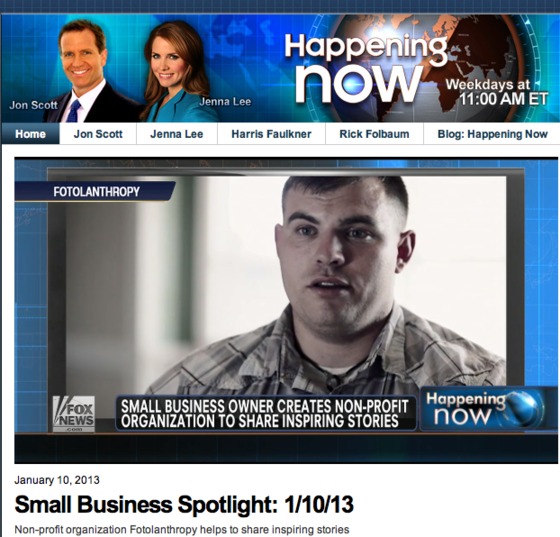 (originally posted on Kickstarter on January 12, 2013)

We hope everyone had a wonderful Christmas with family and friends this season. I wanted to share with you a behind the scenes photo from our interview time with Travis. We interviewed Travis for over two and a half hours and let’s just say it was unforgettable. To listen to a soldier’s entire story from how he grew up, how he met his beautiful wife, his love for the Army, the accident and all of the emotions involved was an honor. We are grateful to Travis and Kelsey both for being so open, raw and genuine in their interviews. There was not one dry in the house while listening. We also had tears of laughter, because if any of you know Travis he is also quite the comedian. He is just full of jokes and even when we were talking about some unimaginable things he just made us laugh the whole interview!

We have so much incredible footage of their story that we want to share and you have helped us by backing our project so we can make this a longer documentary film, thank you!

Below: Travis got a hug from his biggest fan, Chloe. 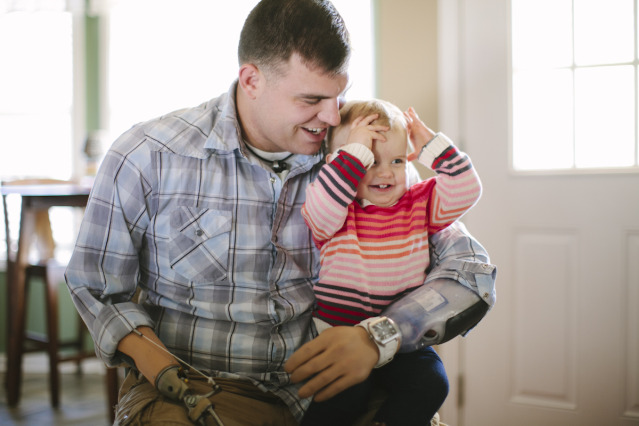 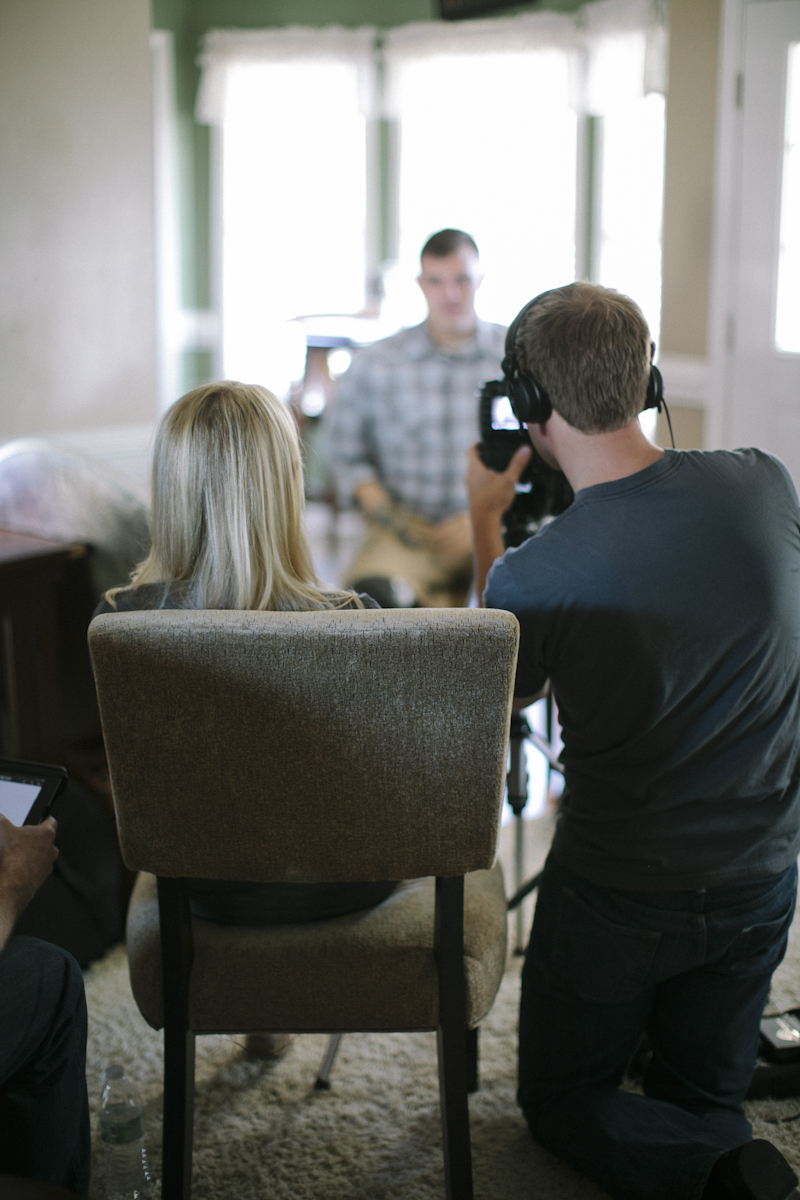 Above: Katie and Jon interviewing SSG Travis Mills at his home.

Check out the original post on Kickstarter by producer Katie Norris and director Jonathon Link.  Thank you to all our supporters and backers, our funds were reached in just two weeks.  http://kck.st/VcE0f9

Travis: A Soldier’s Story is a documentary film of the inspiring true story of United States Army Sergeant Travis Mills of the 82nd Airborne. On his third tour of duty in Afghanistan, SSG Mills was critically injured on April 10, 2012 by an IED (improvised explosive device) while on patrol. Due to the explosion, SSG Mills lost portions of both legs and both arms. He is only the fifth quadruple amputee from the wars in Iraq and Afghanistan to survive his injuries.

This is a wounded soldier’s unique and powerful story. Even though SSG Mills has endured this unimaginable tragedy, he fights daily to recover for his wife and one year old daughter and to live a fulfilled life. Travis is defying all odds by the progress he has made in under six months. His story has touched hearts across the globe. Our goal in creating this film is to inspire and give hope to others as the theme of perseverance despite difficult circumstances is universal.